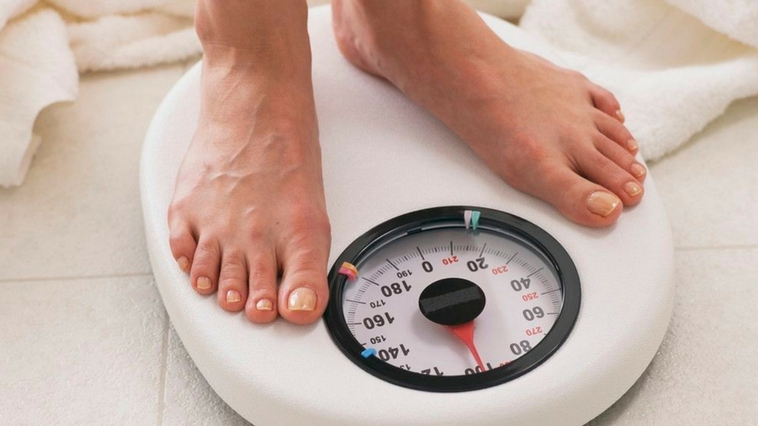 People toss the term “Metabolic Adaptation” around a lot, but do you know what it really means? Learn how to adopt a better approach to restrictive dieting(eating at a deficit).

Many of us have experienced this during dieting: The first 5-10 pounds come off relatively easily, but then the next 5-10 are twice as difficult. And the 5-10 after that, well, most people never get that far. On the contrary, they end up gaining back the original 5-10, plus a few more. Sometimes a lot more.

This phenomenon, known as “body-fat overshooting” has been documented in numerous scientific studies. The consensus is that at least one third of dieters regain more weight than they lost.[1] More than a dozen studies have shown that dieting to lose weight is actually associated with future weight gain and obesity!  In fact, a 2011 review article concluded that the more times a person tries to diet in their lifetime, the more weight they gain over the course of their life.[1]

This phenomenon appears to actually be the biggest issue in people who are not obese at the start of their diet. In fact, research has shown that “normal weight” individuals who try losing weight have double the risk of weight gain in a 6- to 15-year follow-up compared to people who never attempted to diet.[3] Further, in a study examining elite male athletes, those athletes who repeatedly dieted to make a weight class (boxers, weight lifters, and wrestlers) gained significantly more weight from age 20 to 60 compared to nonathletes, and those athletes who did not have to repeatedly diet to make a specific weight class.[2] 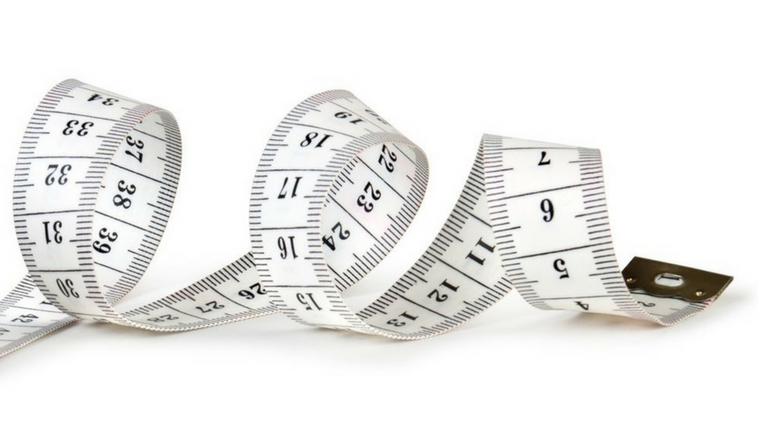 How are all these driven, disciplined individuals getting it wrong and what can you learn from them?

It’s All About That Set Point

A prevalent and widely accepted theory in the scientific community is that the body has a “set point” of body fat it will attempt to maintain—or defend. We have already discussed this in the article “Why Your Fat Loss Diet Is Making You Fatter.” Think of this as the level of body fat your body would maintain if you eat normally. If you get too far below this set point or drop your calories too quickly, your body will adapt to make it more difficult to lose fat. Likewise, if you get too far above it, your body will adapt to make additional fat gain more difficult.

How does this happen? Not just by one mechanism, it turns out. As levels of body fat drop or calories are drastically lowered, every mechanism that contributes to total energy expenditure—or the balance between calories consumed and calories burned—is affected to some extent.[4] Let’s go through them one by one.

One of the first reactions your body gives to caloric deprivation or fat loss is by lower its Resting Metabolic Rate (RMR), or the amount of calories you burn at rest.

This response is often thought to be merely a result of having less total body mass, and thus less energy needed to maintain that body mass. However, recent research has demonstrated that the reduction in metabolic rate is not explained by the loss of body mass.[5] What’s more, the amount of energy you expend during activities also gets reduced as you lose weight.[6] 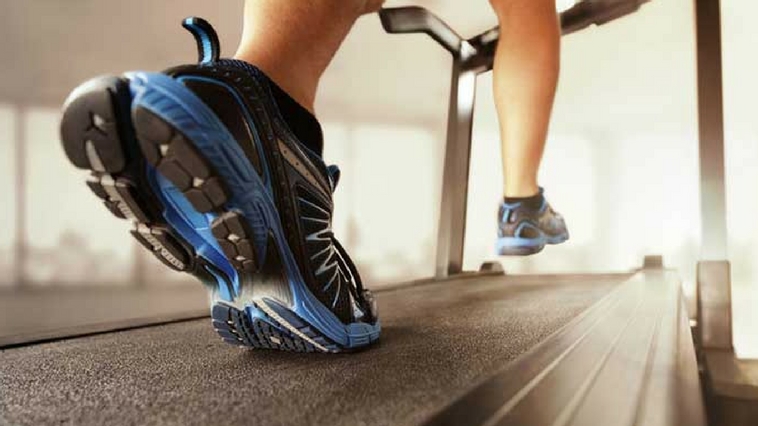 Ever hear someone say, “My cardio machine says I’m burning over 800 calories!” I have news for you: You most likely are not burning 800 calories there, and if you’re doing your cardio in combination with caloric restriction and dieting, you might be burning a lot less than that. Not fair, right? But that’s how your body is programmed.

If there’s one thing we can count on in this crazy fitness world, it’s the number of calories listed on our food, or in our handy fitness app…right? Wrong!

First of all you know know this, food labels are generally off by 10-20 percent in terms of both calories and macronutrient content. Plus, depending on how you count (pre or post-cooking) and your preparation method, you could easily be off by another 10-20 percent.

But when you’re dieting, there’s yet another wrinkle in the math. The Thermic Effect of Food (TEF), that is the number of calories expended(spent) ingesting, absorbing, metabolism, and storing nutrients from food, typically accounts for roughly 10% of the total number of calories you burn each day. However, when your dieting (and ultimately consuming fewer total calories), your TEF lowers, leading to fewer calories burned each day.[7]

3. Cells: Less Fuel In The Furnace

While adaptations to weight loss and low-calorie dieting happen on a grand scale, they also occur on the smallest cellular level as well. Your cells contain mitochondria, which are the organelles of the cells that burns fat to produce ATP, your body’s energy currency. You’ve probably also heard of them referred to as your cellular “furnaces.” But whatever you call them, during low-calorie dieting and weight loss, the body adapts by enabling them to produce more fire from less fuel.[8] This is bad news for fat loss. 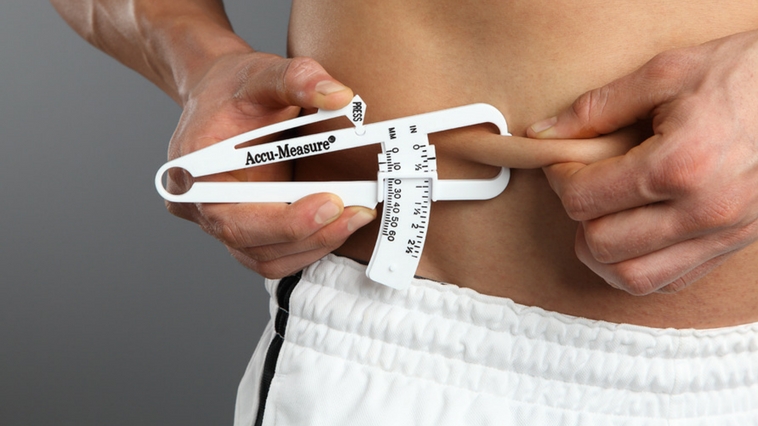 So why are mitochondria suddenly able to pump out more ATP energy with less input? Part of this may be explained by the reduction of the expression of substances known as “uncoupling proteins” during weight loss.[9] Uncoupling proteins reduce the efficiency of ATP production in the mitochondria and cause extra energy to be given off as heat. They are very thermogenic, and when they are less prevalent, fewer calories will be burned.

The endocrine or hormonal system is also a target for metabolic adaptation. Most scientists agree that fat loss occurs not through a reduction in the number of fat cells, but in fat-cell size. As fat cells shrink from weight loss, they reduce their secretion of a hormone called leptin.[10] Leptin is a major control hormone for hunger, metabolic rate, and many other metabolic outcomes.

Put another way, leptin is a key player in both fat loss and fat gain. When you reduce calories or dip below your body-fat set point, the shrinking fat cells reduce their leptin output.

Interestingly, several studies have demonstrated that leptin levels are reduced to a greater extent than would be predicted for the amount of fat lost even after weight has stabilized.[11] This means low-calorie dieting may end up suppressing your metabolic rate excessively and actually raise your body-fat set point!

5. Fat Cells: More Of Them, And More Insulin-Sensitive

As I just mentioned, when you diet, your fat cells tend to shrink, even though they don’t reduce in number. However, there’s an interesting theory that during a massive refeeding period, there may be an increase in the production of small fat cells.[13] Once you put on a little weight post-diet, these small cells would enlarge. 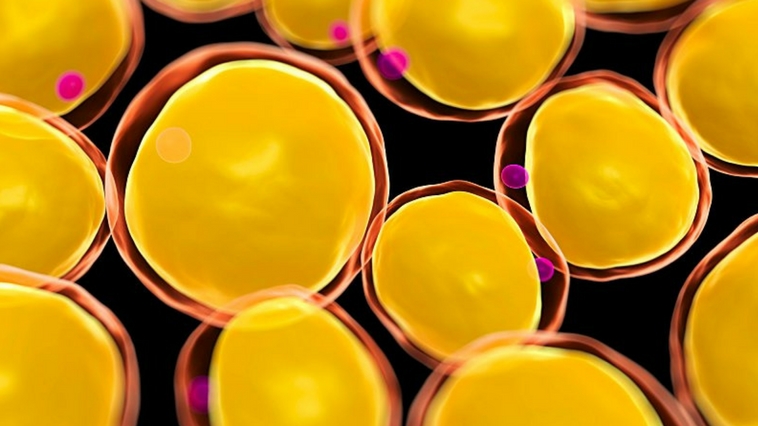 The end result? When you get back to your overall accustomed body-fat set point, you’ll have a greater number of total fat cells, but each individual fat cell may now be smaller than they were last time you were at that set point. This may signal to the body that your set point has not been met, since each individual cell is still smaller, and thus levels of leptin may not be as high as they were previously at the same body-fat level. So you’re still primed for further fat gain!

That’s not all that happens in your fat cells, though. Weight loss and low-calorie dieting make fat cells more insulin-sensitive, which may promote more nutrient storage in fat cells.[14] These adipose-tissue adaptations could be a major factor in the “body-fat overshooting” phenomenon.

Start And End Your Diet Right

You can now see just how powerful and persistent the body’s defense system of body-fat set point truly is. When you throw yourself into a low-calorie diet or push yourself far past your accustomed level of body fat, you end up priming your body for fat storage. When you combine that with the binging—or at least overeating—that often accompanies the end of a weight-loss diet, you’re setting yourself up for serious fat gain.

I can hear your question now: “Are you saying never to diet? How can I lose the body fat I have now if I never diet?” To be clear, I’m not saying you should not try to lose fat, but it must be done correctly, and just as importantly, you should end it with a proper recovery from your diet.

I’ll share another article explaining each of those topics, but in the meantime, you can learn the fundamentals of how to avoid many of these adaptations by reading this article “The Perfect Way to Build A Perfect Fat Loss Diet.”