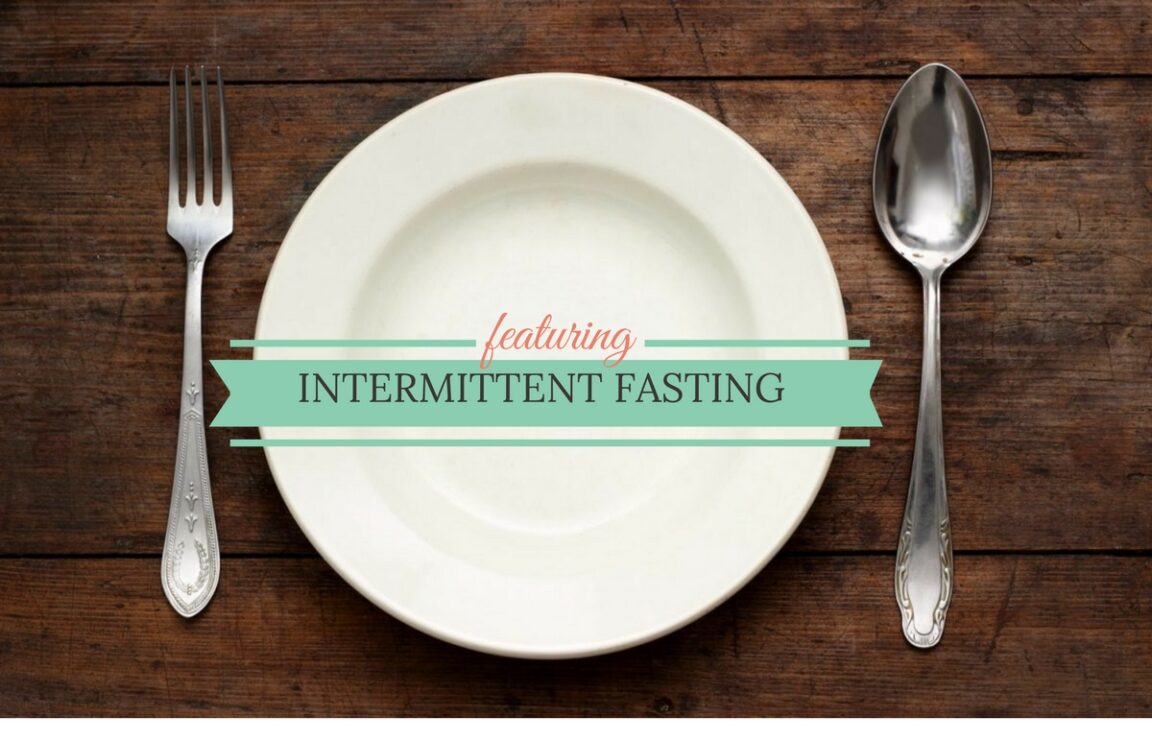 What is Intermittent Fasting?

Intermittent fasting is not a diet, it’s a pattern of eating. It’s a way of scheduling your meals so that you get the most out of them. It does not say anything about which foods you should eat, but rather when you should eat them.

It is simply the practice of going an extended period of time taking in zero calories—basically drinking only plain water and either black coffee or tea. Many variations of IF exist, but the most preferred method which is nothing but the Leangains Protocol—involves fasting for 16 hours(men) and 14 hours(women), then eating all of the food during an eight-hour window commonly called the “feeding window.”

To help you decide, Let’s go over some answers to some common questions about IF and some useful tips so you can get the most out of the program.

Q. What sets IF apart from other dieting methods?

IF offers something very unique, in terms of enjoying physically and psychologically satisfying meals while losing weight. The absence of hunger and cravings are also a welcome feature when using IF for weight loss. Contrary to popular belief, the fasting phase has a suppressive effect on hunger. Hunger pangs may come, but they disappear quickly, only to be replaced by a sense of well being and total absence of hunger.

Q. Are there any benefits in following IF?

Research has shown that fasting for relatively long periods may result in greater fat burning, even when total daily calorie intake remains the same. Most people find that they’re able to have a few more of their favorite “cheat” foods during the feeding window and still see results. This is why IF is such an appealing diet for many people.

Other reasons why so many individuals love IF are that’s it’s relatively easy to get used to and stick with, and it’s a diet you don’t have to discontinue—ever. You can do it long-term with no adverse health effects. Instead, you’ll actually see health benefits.

Like every diet approach out there, there’s differences among individuals in what works and what doesn’t, but so far, there seems to be a lot more “hits” than “misses”, when it comes to the success rates of people using IF for weight loss. Let’s go over one by one.

Q. Does Sleeping At Night Count As Hours Toward The Fast?

Yes, it does. So, for example, if you have a protein shake right before bed, then wake up eight hours later, you’re already eight hours into your fast with only eight more to reach your goal of 16.

Q. What Can I Eat Or Drink While Intermittent Fasting?

Obviously, you don’t eat anything or consume any calories during your fasting hours. Water, of course, is perfectly fine. Other than that, opt for zero-calorie, unsweetened beverages. My personal favorites include black coffee—with no milk, cream, sugar, butter, or anything else in it—and plain, unsweetened teas like black tea or green tea.

When it comes to calorie-free drinks with artificial sweeteners (like flavored waters and diet soda), there’s some uncertainty. There’s some evidence to show that some artificial sweeteners cause an insulin response, which would then blunt your ability to burn fat and contradict the point of being in a fasted state, but that’s up for debate in the scientific community.

To be on the safe side, I recommend not drinking artificially sweetened beverages during a fast. If you’re absolutely dying for something other than water or plain coffee or tea during the last few hours of a fast, opt for a sparkling water that’s very lightly flavored with something like natural lime.

Q. Do I Need To Cram A Day’s Worth Of Meals Into Eight Hours?

Regarding the “feeding window,” or the joyous time during which you get to eat, you want to reach the same calorie and macronutrient totals as you were before—provided you were already on a solid diet plan that corresponded to your goals, of course.

You definitely don’t want to undereat during your feeding window, or you’ll compromise your performance in the gym and your ability to build or maintain muscle mass. Get in all of your nutrients, particularly protein.

In theory, you’ll be eating the same number of calories and macros per day, just with a different meal schedule than a typical eat-every-few-hours nutrition plan. Of course, you can always tweak calories and macros if and when your physique and training goals change.

The Yale/Copenhagen group published several papers showing that one of the key mechanisms in fasting-induced fat loss has to do with an increase in the activity of genes that increase the number of calories the body uses and the amount of fat it burns.[1,2]

When you fast, your body turns on genes that encode for certain uncoupling proteins and enzymes that increase fat oxidation. The uncoupling proteins basically “poke holes” in the mitochondria inside muscle cells. The mitochondria are where most of your energy is derived from, especially at rest. By poking holes in them, your mitochondria produce less energy and thus have to burn far more calories to produce the same amount of energy in the form of ATP.

In other words, you may use more calories as a fuel source during the fasted state, which can aid your weight-loss efforts.

Many other studies suggest that fasting may also provide numerous other health benefits like lowering cholesterol and triglyceride levels, increasing HDL (good) cholesterol levels, and even promoting greater longevity.[3,4]

Q. What Should I Eat As My First Meal Following A Fast?

That’s a good question. IF allows you to be somewhat loose with your eating, but that doesn’t change the fact that high protein intake is important along with healthy, wholesome food choices. Coming off of a fast, I recommend a high-protein meal as opposed to one loaded with carbs.

Work from the lab at Yale found that when you fast and then refeed with a low-carb meal, the activity of the genes that increase calorie and fat burning are further increased with the meal. However, when you refeed with a high-carb meal, the activity of many of these genes is decreased. I recommend a high-protein meal—for example, eggs or a protein shake—as your initial food consumption following a fast.

Q. How About BCAAs? Can I Sip On Those During My Fast?

I get why people do this: to help preserve muscle mass while in the fasted state. But when you’re consuming branched-chain amino acids (BCAAs), you’re not truly fasting.

As you probably know, amino acids combine to form protein. There are 20 aminos that are used as the building blocks of protein, including the nine essential amino acids (leucine, isoleucine, valine, tryptophan, threonine, phenylalanine, methionine, lysine, and histidine), as well as the 11 nonessential amino acids (arginine, serine, cysteine, glycine, proline, alanine, tyrosine, aspartic acid, asparagine, glutamic acid, and glutamine). If you consume just one of these amino acids, you’re essentially consuming some small amount of protein and therefore are technically not fasting.

One exception for using BCAAs during fasting is if you train in a fasted state. Here, you can sip on BCAAs (along with the other aminos) during your workout. When you’re exercising, BCAAs are a powerful source of energy for the muscles. And since you’re just sipping on a drink with BCAAs in it, you’re not pounding down a bunch of them. The benefits of BCAAs for your workout outweigh any potential negatives on fasting.

Amino acids that aren’t proteinogenic can be consumed during fasting. For example, it’s OK to have beta-alanine, betaine, D-aspartic acid and—even though they’re not technically amino acids, but many people classify them as such—carnitine and creatine. These are fine to sip on during the day, especially if you’re training in a fasted state.

Q. What are the various forms of intermittent fasting?

Within each of these systems, there are more or less specific guidelines regarding nutrition, ranging from the very vague (ADF) to the strict (Leangains). 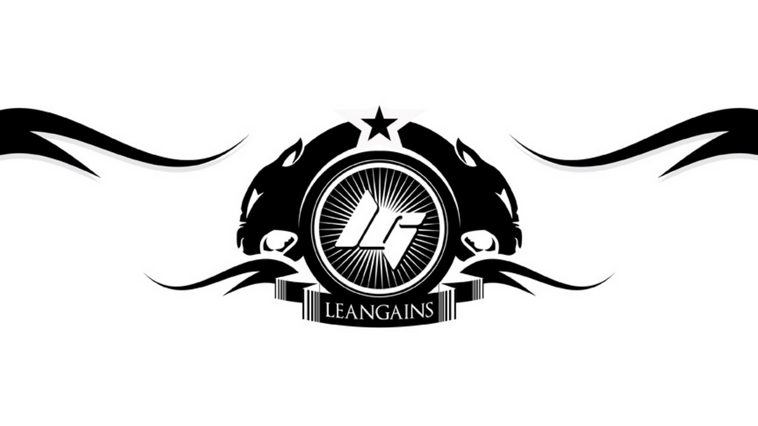 Leangains is the coined diet and training methodology brainchild of Martin Berkhan, a professional fitness writer and consultant who blogs at Leangains.com.

What is Leangains protocol?

The Leangains protocol consists of two phases: A fasting phase and a feeding phase and depending on the gender the timing varies.

For Men: 16 hours of fasting, followed by 8 hours of feeding

For Women: 14 hours of fasting, followed by 10 hours of feeding

During feeding period, three meals are usually eaten. Depending on the day, the composition of those meals varies. on workout days, carbs are prioritized before fat, while on rest days fat intake is higher. Protein remains fairly high on all days. That’s a very basic and general description of the protocol.

What seperates Leangains from other IF patterns?

Leangains is specifically tailored to fitness and strength training, and for those wanting to get as lean and strong as possible. In comparison to other intermittent fasting based diets much more emphasis is put on proper pre- and post-workout nutrition.

What are the different protocols in Leangains?

You can easily calculate your meal timings using the IF Calculator.

Here are a few guidelines that is considered as success factors for performance, fat loss and excellent diet compliance.