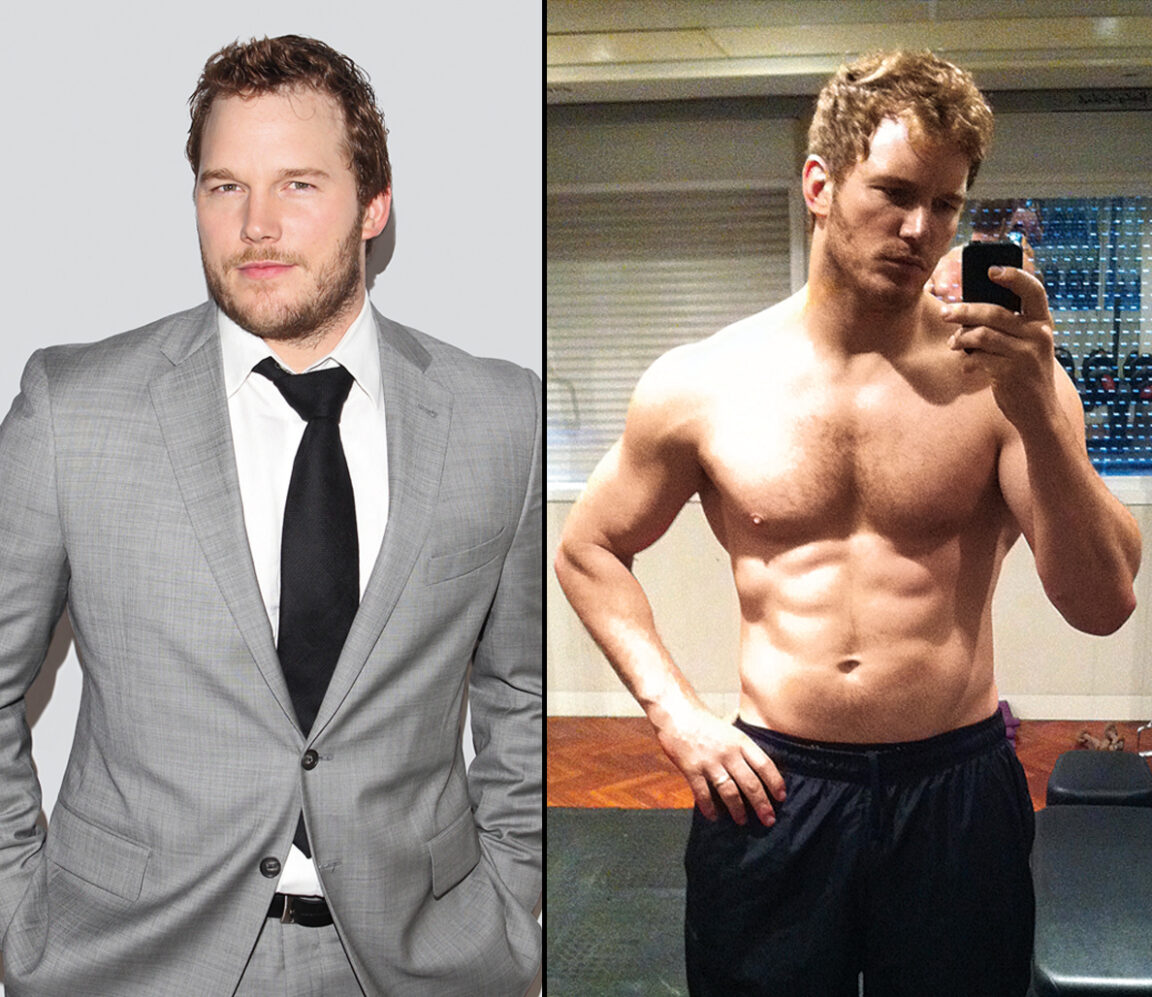 Who remembers the old Chris Pratt?

You know, the loveable, chubby, short-sleeve-button-up-wearing of his Andy Dwyer, Parks and Recreation days?

We can barely remember that. Think Chris Pratt nowadays and forget the chubby sidekick. You’re more likely to think of the dinosaur-wrangling version, or the superhero of outer space, as he’s best known. Pratt’s transformation has been as complete a change as Hollywood has seen in quite some time.

Most recently, he’s morphed into the Star-Lord himself, in his role in the smash hit Guardians of the Galaxy. His cinematic transformation has been a total 180 from just a few years back. As he’s become a full-fledged A-list star, he’s gained the physique to go along with it.

If you’re anything like most of America, Pratt’s truly impressive physical transformation has left you wondering one thing: How to copy it.

In 2013, with a picture that nearly broke the Internet, Pratt, then age 35, first revealed to the world a jaw dropping before and after. After the success of Guardians of the Galaxy, where he first showed off his superhero-worthy body, he went on to star in Jurassic World, another blockbuster hit. Following on all this stardom, he’ll be hitting the screens again in the highly anticipated Guardians of the Galaxy 2.

With all that leading-man screen time, Pratt not only had to get into superhero shape, but stay there. That’s a feat not often seen around Hollywood, where actors are known for gaining and losing weight at what seems like overnight rates. More often than not, actors will sink back into their pre-role shape. Not the case here. Thanks to a strict workout and diet plan, Pratt, who joked that his new body is thanks to “six months, no beer,” in his Instagram photo caption, shaved off 60 pounds.

When Pratt first auditioned for the role as Star-Lord Peter Quill, he was tipping the scales at around 300 pounds. The directors had to be talked into even letting him audition. 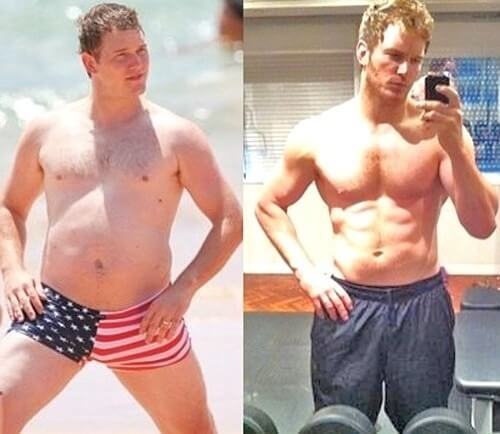 How did he transform himself?

Here’s exactly how he pulled off his before and after to get into superhero shape.

The Basics Of The Plan Chris Pratt Workout & Diet

Over the years, Pratt has been no stranger to ups and downs in his weight and health. Even before he became a household name, he cut down to around 220 pounds for his role in Moneyball. Then, he packed on 60 for his movie, 10 Years, in which he played an out-of-shape alcoholic. In 2012, to pull off the role of a Navy SEAL in Zero Dark Thirty, he once again lost pounds and buffed up. But for Guardians of the Galaxy, Pratt knew it was time to get serious and shape up in a way he never had before.

To help him get into serious shape, and fast, Pratt was guided by not only a top trainer who is well known in Hollywood, but also by an expert nutritionist. Be forewarned, his routine is not for the faint of heart. Pratt often was logging four or more hours a day chiseling his body. At the end of the day though, he says the results were well worth it.

Pratt has said that not only does he feel healthier and happier, but that his mental state has improved. He says his pre-Guardians body had sent him into a depressed state. With his complete 180 turnaround and insane results, Pratt is feeling better and healthier than ever. Here’s how you can get the same results for yourself. 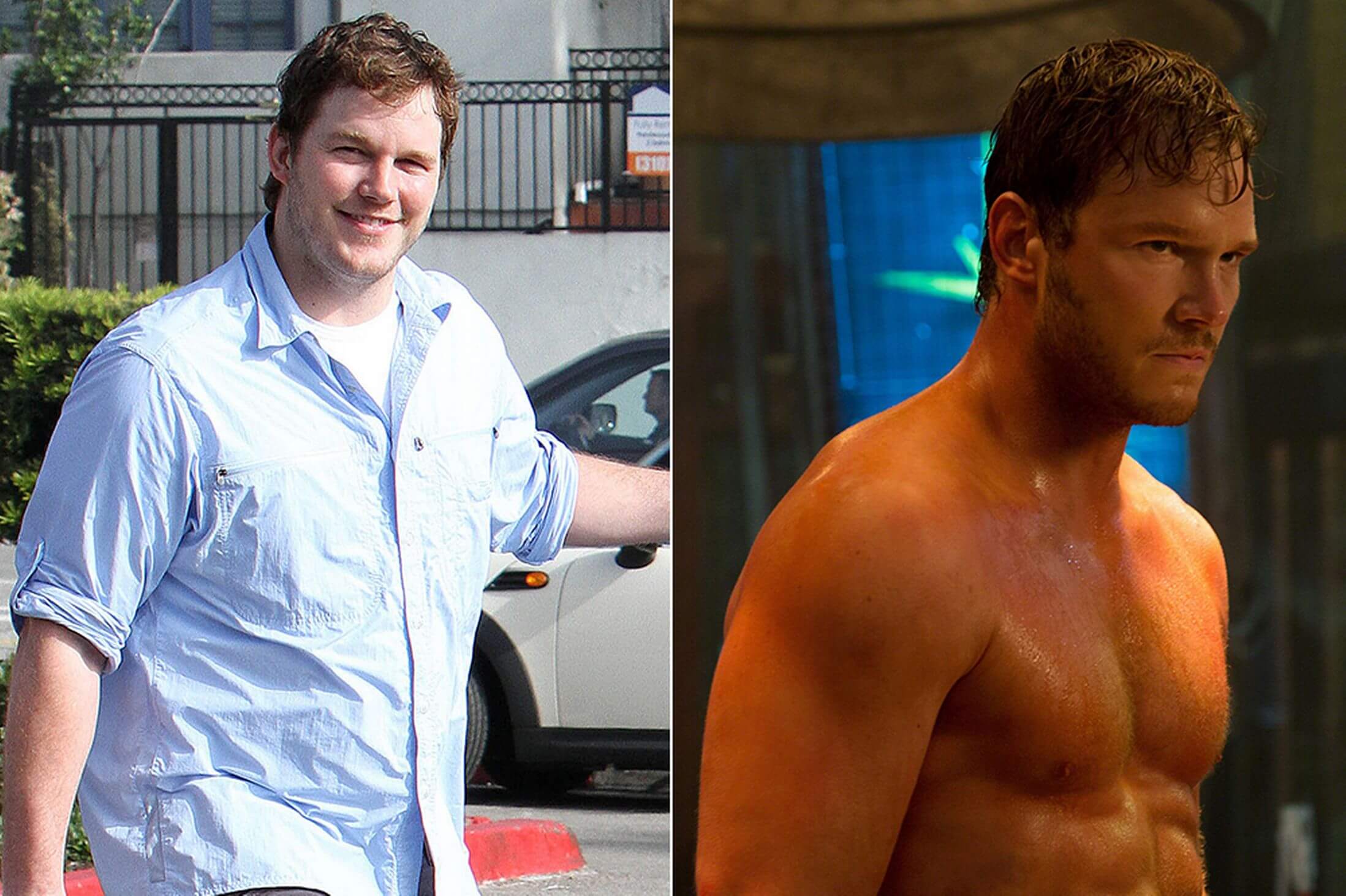 Trending
Working Out During Pregnancy – The Importance and Benefits

To turn himself into a believable Star-Lord, Pratt enlisted help. Famed trainer Duffy Gaver was his right-hand man. Gaver is famous in Hollywood for crafting seriously sculpted results to his clients. Gaver, the brains behind the brawn for the blockbuster Thor, had already turned star Chris Hemsworth into the god-like stature his role required.

Pratt’s intense training began in February 2013 and ran for five months before shooting ever began. After filming started, the duo continued for three more months to keep Pratt in top-notch shape. His workouts built over the course of the time, moving from bulking to leaning phases, to make sure that Pratt not only bulked up, but shredded down to get the six pack we all saw on that famed Instagram post.

Gaver is used to pushing his clients, but Pratt actually went above and beyond all on his own. In addition to the already-tough routine from Gaver, Pratt was known to pad out his training with extra workouts on his own. Gaver said that instead of having to pump up or cheer on Pratt to go harder, it was just the opposite. Pratt needed to be reined in at times.

For the first two months, Pratt went old school. Gaver set up him up with a traditional, tried and true bodybuilding routine. The moves were targeted, and one muscle group was worked at a time. Want leading-man results yourself? You’re in for a marathon, not a sprint. These weren’t quick-fix results.

A couple of months in, Gaver added the cardio. Not only was Pratt pumping the iron, he was also then hitting the treadmill and rower, adding these routines in with the weight sessions to start dropping the pounds and carving out the physique.

For the last month, he went even harder. To get screen-ready, the last phase of his routine was an intense, dialed in combo of HIIT routines like cardio circuits and more functional-based workouts like swimming, biking and more.  He also threw in cardio from P90x, and even took part in a triathlon – a testament to his newfound health and endurance.

Be warned though. If you want otherworldly results, expect to put the work in. As a former Navy SEAL himself, Gaver asked a lot of his client. His tried and true method always uses the same plan of bodybuilding to bulk, followed by a phase of weights combined with cardio. His last hurrah is always a final, polishing phase, with a serious amount of cardio on the menu. This is where you can expect to seriously shred out and see the fruits of your bulking labor.

Not only were his workouts intense, but frequent. Pratt was logging hours in at the gym or pounding the pavement a minimum of four times a week, but usually six. Then, he would add in more workouts on his own schedule sometimes, a testament to his inner determination and personal drive. 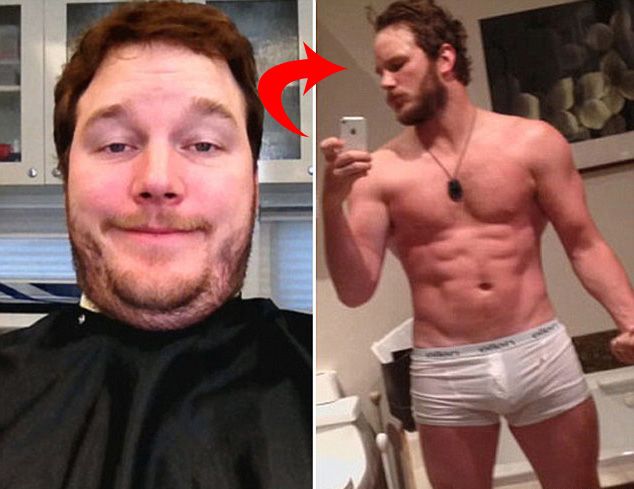 To follow this routine and get Guardian-fit, then you need to follow his exact workouts for the week. Gaver suggests starting each workout as Pratt did, with a 10-minute treadmill warm-up to get the blood flowing. Bump up the incline to 5.0 if you want to warm up in true Star-Lord fashion.

Notes: Superset the first two workouts in this group. This means that rather than resting for a minute in between exercises, you simply move to the next one. Going back-to-back means max burn.

Notes: Go for a superset. This time though, do so with the last two workouts. When going down in reps on the bench press, you’ll also want to go up with your weights, as you can. Be sure to use a spotter during this one. Safety first.

Notes: Once again, supersets are key. Only this time, you’ll do a triple. This means that you’ll end up doing the last three exercises (leg extensions, leg curls and standing calf raises) all the way through with no break. Then, take a brief rest and begin again. For the leg presses, Pratt did a strip set. This means that you begin with as much weight on the machine as you can. Try to crank out just a few reps at this maximum weight. Gaver has his clients aim for doing the presses with six 45-pound plates on either side.

Notes: For the last three exercises (lateral raises, front raises, and rear delt flyes), you’re supposed to do all three before resting. Do the exercises in a row, with one-minute rest in between each superset.

Notes: This routine takes the superset game up a notch. For the first two moves, you’ll perform them with a normal one-minute rest in between. Then, do superset preacher curls and French curls with a 45 to 60 second rest only in between. Likewise, hammer curls and triceps rope pressdowns are also supersetted. Wrist curls and reverse wrist curls are as well, with the same short breaks in between for each of these three supersets.

During this bodybuilding phase, Pratt was focused on muscle gain. Even so, he kept active with hours of cardio a day to help kick up his fat-shedding process. All the while, a balanced approach was still a focus – something Gaver insisted on. He has a three-tiered approach to health, meaning not only did he stress the workouts, but also made sure to get quality sleep each night and dialed-in eating.

Here’s one of Pratt’s basic, scorcher full body cardio routines that Gaver added to help him get shredded.

Here’s another option that was part of Pratt’s overall cardio phase. Pratt used 95 pounds for the cleans, bench pressed 205 and did a 30 inch box jump