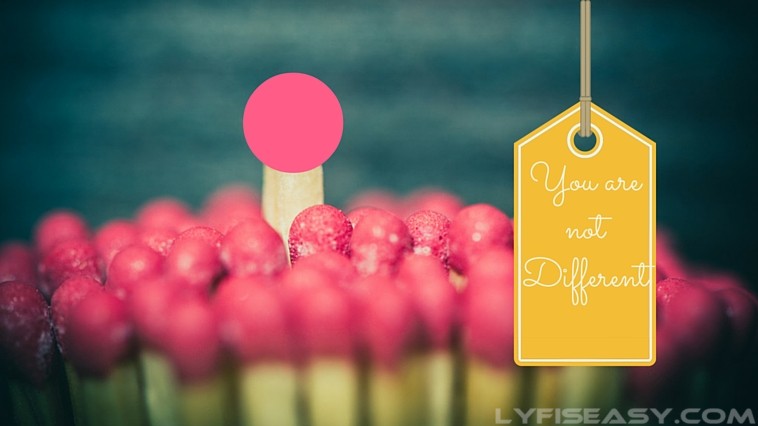 You are not different

Majority of people with a lot of fat to lose are usually under the impression that they gain weight just by eating a few hundred calories/day and if you ask them why, they say their metabolism is different(slow) and if you try to argue otherwise you’ll only end up making a fool out of yourself because they made up their mind. But if you look closely they will be eating way more calories than their maintenance.

Now don’t think I’m just talking about obese people here, majority of the so called “bodybuilders” are also under the impression that they can gain muscles just by working out in a gym regularly. You can see people in gym looking at mirrors and telling his friend that how nice his biceps has grown since last month, but in reality there won’t be an ounce of growth there, all that happened was he got rid of some fat and his biceps looks more muscular than the previous month. If you ask these people about how much of a calorie surplus are they in, they will almost always give you a blank look, or tell some stories like they eat 10 eggs every morning, 5 potatoes, 3 scoops of an overpriced supplement, etc, etc.

You see what’s the problem here? It’s just the lack of proper knowledge about basic thermodynamics. It’s Energy In vs. Energy out.

The only exception being Hypo or Hyperthyroid people,

Hypothyroidism can cause water retention on a large scale and this can certainly hide the weight/fat loss on the scale or mirror, this condition also affects one’s metabolic rate by radically bringing it down, so these people tend to gain weight because their body burns way less calories than what they are consuming.

The same goes for hyperthyroidism but in the opposite direction, since metabolic rate is artificially elevated, hyperthyroid folks often can’t gain weight (even if they want to). But it’s definitely not through any trick under the sleeve, their body just burns more calories than what they are consuming.

So “YOU ARE NOT DIFFERENT” unless you belong to the exception, of which I’m sure you don’t. So just accept the fact and get a move on.