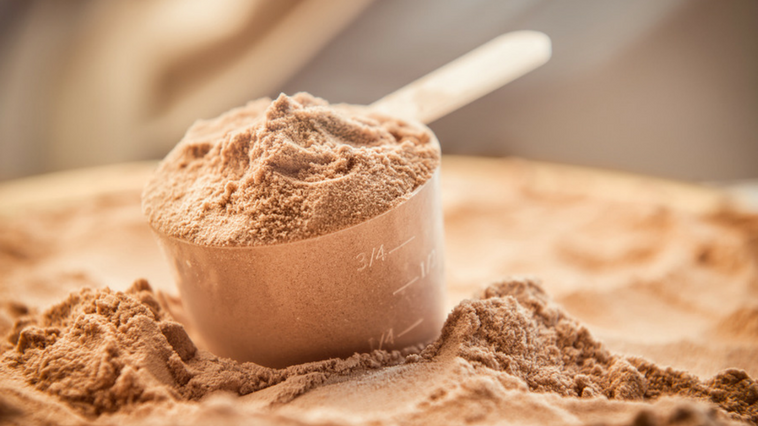 “If you want a protein that optimally promotes fat loss while also stimulating muscle growth and further reduces muscle breakdown, then a whey protein hydrolysate is what you should be buying.”

If there’s one sports supplement that you will most likely consume a lot of over your bodybuilding lifetime (and you should), it’s protein. But to get the best gains from your workouts and support your leanest physique, you need to find which protein is “best” for you. At least part of that decision depends upon your budget and your age. When you’re young, your physiology allows you to reap benefits that older athletes struggle for. Thus, the protein you take today to pack on muscle and recover quickly from your training may not be what works for you when you’re much older.

Similarly, certain proteins do a better job at stimulating muscle protein synthesis (muscle growth) than other proteins, whereas almost any quality protein can help reduce muscle breakdown so long as adequate total protein and amino acids are consumed. And effectively hydrolyzing a protein can stimulate or accelerate fat burning and energy production, and further reduce muscle breakdown and support immune function. To help you choose your protein wisely, read on.

Despite anyone’s claim to the contrary, whey protein is without a doubt the single most effective protein at stimulating muscle protein synthesis in response to exercise. If you’re on a budget, younger, or trying to add serious mass, then choose a WPC. If you’re lactose sensitive or on a low-fat, ketogenic, or carb-restricted diet, then go with a WPI. If you’re older, have more disposable income, or if you want a protein that optimally promotes fat loss while also stimulating muscle growth and further reduces muscle breakdown, then a WPH is what you should be buying.

To keep things simple, the major difference between a WPC and a WPI is the amount of carbs (predominantly lactose sugars) and fat that’s present within the protein. WPIs have most of its carbs and fat removed, whereas WPCs can contain a wide range of carbs and fat present depending upon the brand you consume. A WPH, however, isn’t about “purity” but is made from a WPC or WPI, and has more to do with the size, type, and distribution of protein peptides made available to the body through the use of enzymatic or other peptide breaking reactions (“pre-digesting” the proteins). 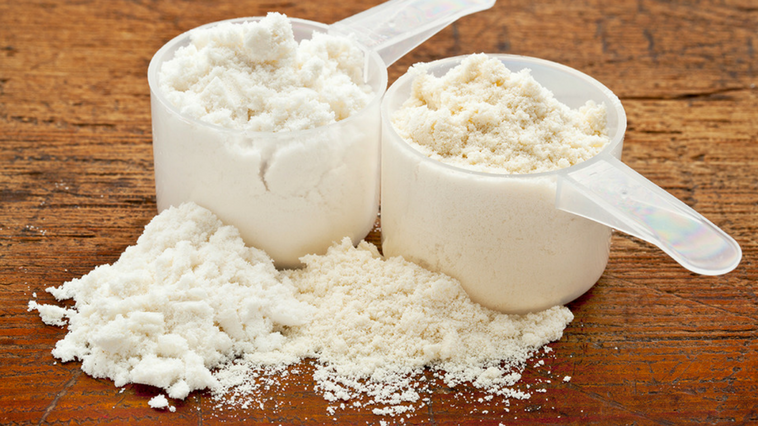 Almost all of the milk protein used commercially comes from cows. Therefore, a milk protein powder provides about 80 percent of its total protein as casein and 20 percent as whey. That’s radically different from the protein composition of human milk (breast milk), which is up to 92 percent whey at early lactation and above 55 percent as whey at late lactation. Despite the difference between human and commercial milk protein composition, the data strongly supports the use of milk protein to support muscle protein synthesis and exercise recovery.

Just like the comparison of WPC versus WPI, the same carbohydrate and fat recommendations are true for MPC versus MPI. Colostrum, which is essentially the body’s first milk protein, is kind of like an MPC, but with much lower concentrations of protein, higher lactose, and additional growth factors and bioactive fractions that could be beneficial if consumed in high enough concentrations. 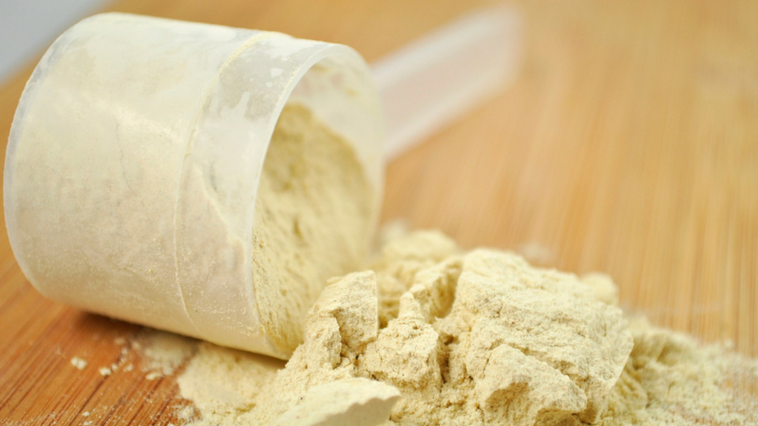 Casein is the dominant protein in commercial milk and has long been marketed as a nighttime recovery or slow-release protein for bodybuilders—that is, ever since studies on sedentary and untrained adults concluded that casein and whey provide the same total protein benefit when assessed over an eight-hour period or longer. The problem with applying this conclusion across all populations is that sedentary and trained cells respond radically different from each other. For example, how long are you sore after a workout versus some sedentary guy who hasn’t exercised in the past four years? That’s precisely the subject in each of the casein studies used to support the claims that casein and whey provide comparable results.

Trending
Working Out During Pregnancy – The Importance and Benefits

That isn’t to say there’s no place for casein. Use casein as a supplement to whey—it’s suggested that casein represent less than 50 percent of your combined whey/casein intake—or during times when you won’t be able to consume a quality protein every two to five hours. It’s also worth noting that caseinates (as sodium caseinate or calcium caseinate) are more heat stable and more soluble in liquid, whereas micellar casein is the form obtained when milk is separated into its whey and casein components using an enzymatic process (caseinates are made from an acidification process). Micellar casein is very poorly soluble in water, so have a blender available if you choose this form of casein. 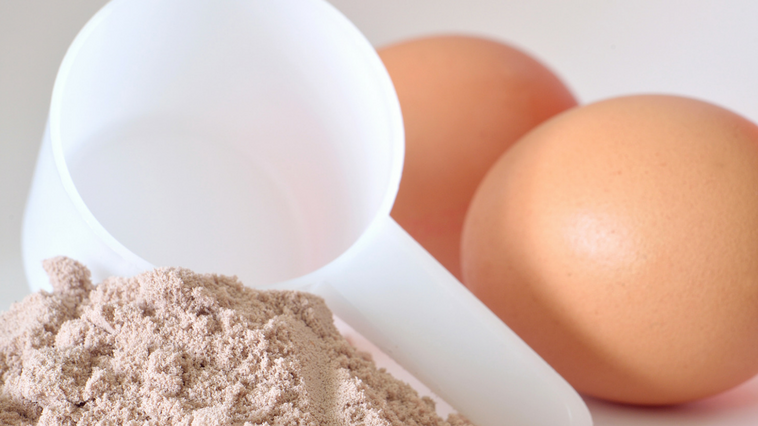 Egg whites, or albumen, are considered the gold standard when comparing other foods sources for their relative amino acid utilization score. Likewise, one of the most commonly repeated claims in sports nutrition circles—that there’s no difference in the anabolic effects of 20 versus 40 grams of protein—is based solely upon a dose-seeking study that utilized egg protein. And even though egg protein has been shown to be more effective at supporting lean muscle mass than soy or other proteins, there are almost no studies that have compared the physiological effects of egg versus whey.

A study I performed in collaboration with Mike Roberts, PhD, of Auburn University, is one of the few exceptions, albeit indirect. Specifically, our study concluded that when assessing various combinations of WPH and a hydrolysate of egg versus intact WPC, the higher the percentage of egg protein the worse the protein blend performed on measures of muscle protein synthesis and markers of muscle catabolism, fat burning, and satiety (hunger). That isn’t to say that egg protein isn’t a good bodybuilding protein, just that it may not be the “best” protein. Egg protein is incredibly high in leucine and may provide additional hunger-reducing benefits if you’re looking for a protein to consume while trying to reduce weight.

Also, if you bake with protein powders, the physical properties of egg protein make it a great high-protein gelling agent to aerate (“fluff up”) a food or dessert. However, those same properties that make it great for providing volume to a food also makes for a lot of foam when shaken in a cup or blended. Plus, egg white protein has been at an all-time high cost per pound for the past couple of years, so it may not be ideal if you’re on a tight budget. 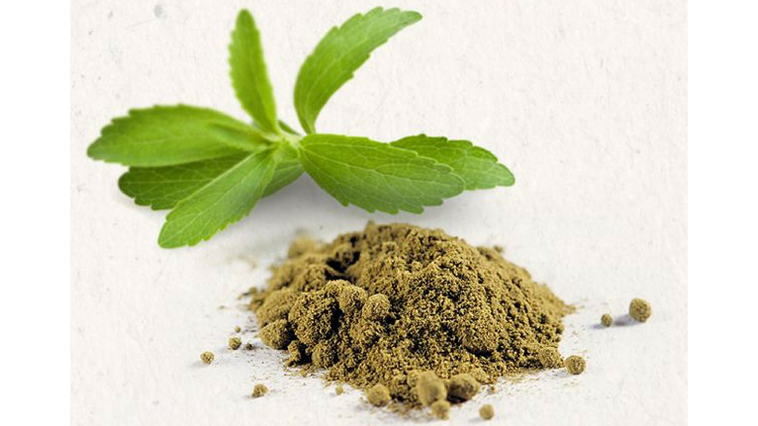 More recently, research out of the University of Connecticut reported that SPI supplementation significantly blunted resistance training–induced testosterone response in college-aged males, whereas WPI improved the anabolic environment by reducing post-exercise cortisol response. That isn’t to say vegetable proteins don’t support skeletal muscle at all. Instead, dairy protein appears to deliver both signaling peptides and amino acid fuel for muscles, whereas vegetable-based proteins most likely are an amino acid fuel source only.

If you’re a strict vegan, or simply need amino acids to reduce muscle breakdown but you have no access to whey, then most definitely supplement with soy or any other vegetable protein available.

Proprietary protein blends are extremely popular to use within protein supplements. Blends provide some measure of intellectual property protection for a company against its competitors, but the perceived benefit from the consumer is that the combination of multiple proteins provides an added benefit to the product’s effects. Though that has been shown to be the case in a few studies, most of the products on the market have no research proof to substantiate if the blend they’re marketing is more effective than whey protein alone.

When using a proprietary blend, manufacturers are not obligated to disclose how much of each protein is included. However, labeling laws state that within the blend itself, protein must be listed in descending order from highest to lowest concentration. In my experience, even if a product lists six separate proteins, only the first two on the list are present in any appreciable amount.

Why Does My Whey Protein Powder Include A Soy Warning?

The next time you make a hamburger, try getting the meat (protein) to dissolve in water with just a shaker cup. Not gonna happen, right? The same problem exists with most protein powders unless they receive additional processing to make them more soluble in water. The most common method is to emulsify, or instantize, the protein. Your digestive system makes fats play nice with water in essentially the same way most often used to make protein powders soluble in water. Using phospholipids is how your digestive system and protein suppliers alike typically improve solubility.

Lecithin is the most commonly used phospholipid and soybeans are one of the most commercially available and cheapest sources of lecithin. Even though soy lecithin is mostly oil and provides negligible amounts of protein, labeling laws require that if an ingredient comes from a known allergen like soy, then a warning must be included on the label. So don’t panic—your protein brand isn’t trying to slip soy protein into your whey powder.